The renowned Boston Symphony Orchestra gave its inaugural concert on October 22, 1881. It has continued to uphold the vision of its founder, the philanthropist, Civil War veteran, and amateur musician Henry Lee Higginson, who dreamed of founding a great and permanent orchestra in Boston for many years. The first concert was given under the direction of conductor Georg Henschel, who remained music director until 1884. For nearly twenty years, concerts were held in the Old Boston Music Hall, then in Symphony Hall from 1900, one of the world’s most highly regarded concert halls. Henschel was succeeded by a series of German born and trained conductors: Wilhelm Gericke, Arthur Nikisch, Emil Paur, and Max Fiedler – culminating in the appointment of the legendary Karl Muck, who served two terms as music director, 1906 – 08 and 1912 – 18.

Meanwhile, in July 1885, the musicians of the Boston Symphony Orchestra had given their first «Promenade » , concert, offering both music and refreshments. This fulfilled Major Higginson’s with to give «concerts of a lighter kind of music.» These concerts, soon to be given in the springtime and renamed, first «Popular » and then «Pops» , fast became a tradition. Recording, began with the Victor Talking Maching Company ( predecessor to RCA Victor ) in 1917, and continued with increasing frequency, as did radio broadcasts.

In 1918 Henri Rabaud was engaged as conductor; he was succeeded a year later by Pierre Monteux. There appointments marked the beginning of a French-oriented tradition which was maintained, even during the Russian-born Serge Koussevitzky’s time from 1924, with the employment of many French-trained musicians. Koussevitzky’s extraordinary musicianship and electric personality proved so enduring that he served an unprecedented term of twenty-five years. Regular radio broadcasts of Boston Symphony concerts began during Koussevitzky’s years as music director. In 1936 Koussevitzky led the orchestra’s first concerts in the Berkshires; a year later he and the players took up annual summer residence at Tanglewood. Koussevitzky passionately shared Majoy Higginson’s dream of » a good honest school for musicians, » and in 1940 that dream was realized with the founding of the Berkshire Music Center ( now called the Tanglewood Music Center).

13. In the first paragraph, Henry Lee Higginson is described as
(a) an amateur conductor
(b) a war historian
(c) a visionary
(d) a philanthropist

14. The word “inaugural” in line 1 is closet in meaning to
(a) demonstration
(b) practice
(c) first
(d) official

15. The word “legendary” in line 9 is closest in meaning to
(a) notorious
(b) fabulous
(c) lengthy
(d) talented

16. According to the passage, the first promenade concert was
(a) conducted by Georg Henschel
(b) held in Symphony Hall
(c) held in the springtime
(d) held with refreshments

18. The word “unprecedented” in line 20 is closest in meaning to
(a) unique
(b) remarkable
(c) important
(d) continuous

20. What did Koussevitsky and Higginson have in common?
(a) they were both conductors
(b) they both served as musical directors for a long time
(c) neither was American born
(d) they both wanted a school for musicians 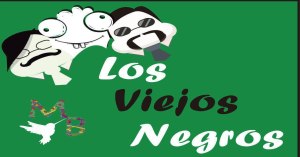